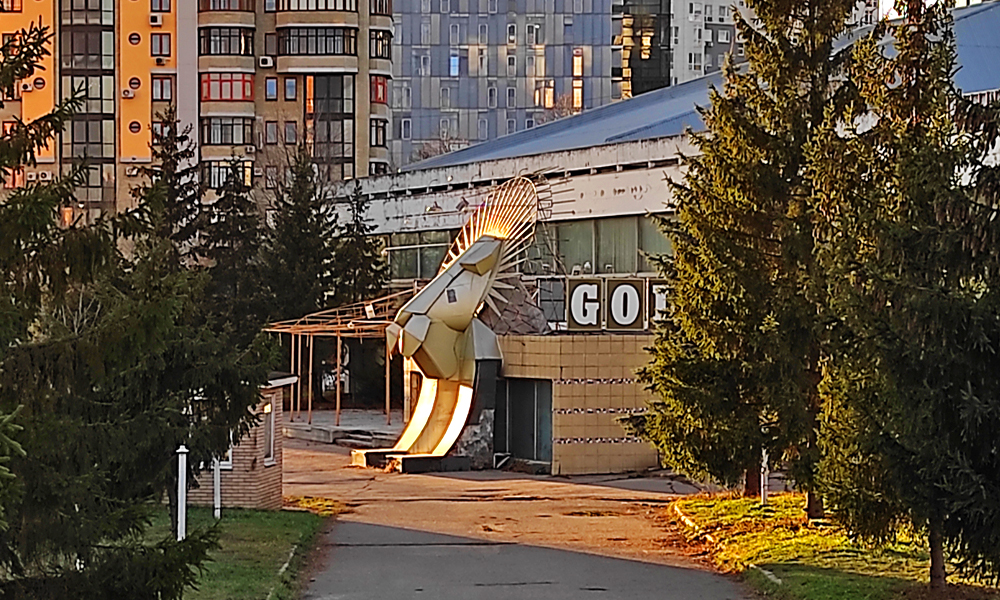 Collaboration of the Mistograf team with a photographer. Urban morning research of an interesting location in Kharkiv, the popular time of which seemed to be in the 00's. As part of our joint work, we created graphic posters and walked the children.

Hello, my name is Nastya Ivashchenko, I am a photographer from Kharkiv, where we lived before the war.

Many interesting cultural events took place in our city, and I really liked watching the birth of new ideas, projects, and especially how people come together, how their interaction takes place. A step towards each other always makes people stronger, more mature, more advanced.

I watched the birth of the Mistograf before it had got that name. The project was created by my friends, I admired their ideas, and that was enough to become a part of the project. I tried to draw sketches, then we talked about a joint trip to Odessa or Poltava. And one day, Tanya offered me a collaboration: I take a photo of the place Mistograf draws, and then we mix our materials up.

I remember our conversations even before Mistograf had asked me to create something together. I never understood architecture and urban planning. It seemed to me that kiosks, crossings, and bridges were being "poked". Well, ok the bridges were not "poked", because it is quite difficult, that's why they look so nice and fit into the city. But everything else did not cause the desire to think and analyze. When Tanya sent me the first edition of the newspaper, I realized that there was some logic in all this chaos, that every city has its own peculiarities. And the way the Mistograf walks through the city is a real architectural meditation.

And so we agreed to photograph and draw some buildings that, according to the words of my friends, may disappear.

We lived 10 minutes from each other, that is, in the same district. And it was not the most attractive district of Kharkov, it seemed that it had dead Soviet architecture: residential five-story buildings, some identical playgrounds, glass entrances to shops, pharmacy signs, bright, like a casino. But when Tanya listed the places she was going to sketch, I noticed for the first time that these parts of the district are still alive, and I walked past them as if  my eyes were closed every day. For example, the old hotel "Mir" and the abandoned cafe "Zustrich" (it's such a glass graffiti-ridden building near the cable car, and I didn't even know it had a name).

We went on an expedition…

I want to tell you about one sunny autumn morning in Kharkiv and the first frosts. Then our mornings had a magical smell from the coffee shop Maysternya Kavy, which was one of the symbols of culture in our district, because it is tasty, young and people working there were in love with their job, girls and boys wearing  hoodies with the inscription "Pirates of the Botsad Sea". In the mornings, different people would gather here (IT-workers, dog owners, mothers with children) to start their day with meetings with a familiar place and caffeine.

I took my elder son Evan to the kindergarten, bought coffee for myself and Tanya, because drinking hot coffee on the way to a creative meeting on a cold autumn morning is a thrill. Tanya has already drawn the "Mir" hotel, behind which there used to be a night club. Now everything there looked neglected. This is one of those places where Lexuses are usually parked, and I never pay attention to them, because I don't like them because of a certain contingent. It turned out that the "Golden Lion" night club is open, there are holidays and big corporate events. This is a phenomenon of our city, where such creative projects as Mistograf, Promodo Hub or my own project about breastfeeding exist in parallel with the corporate celebration of the New Year in the semi-neglected spaces. I was with my younger son. We withstood about an hour. During this time, I found various graffiti with inscriptions that indicated that teenagers hang out here (I never noticed them in this place). There were also many symbols of the holiday, such as shiny tinsel, a long-vacant guard house, a parked Lexus and several other cars.

The next stage was to meet in someone's kitchen and combine our two materials. You must know that when we lived next to each other, we did not see each other very often because we were busy with our younger sons. But I wanted to create something. We gathered in the Mistograf's kitchen, laid sketches and photos out. At first glance, they had nothing in common. And again creative searches. Then we started cutting photos and invented new geometric combinations. The trumpets were like legs, the lion's head was like the sun. We had some cult creatures. We cut and glued, finished drawing with markers. And our children were nearby...

We believe that we will be able to return to Kharkiv and continue. Today, we managed to finish work on the first location and share the results with you. Posters "The Golden Lion. A disappearing place." Design: Nastya Ivashchenko, Tetyana Yakovleva, Yaroslav Yakovlev. 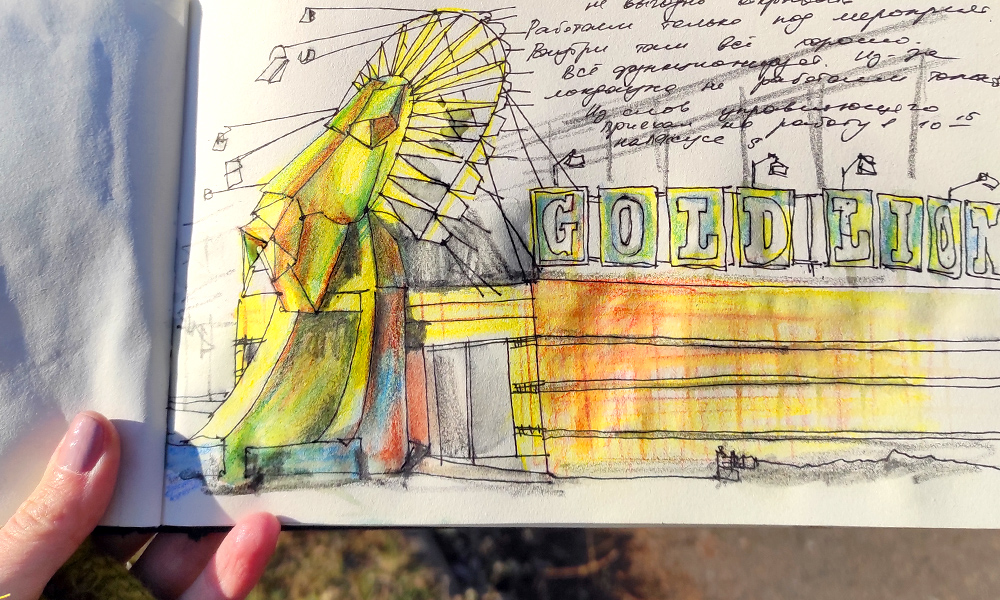 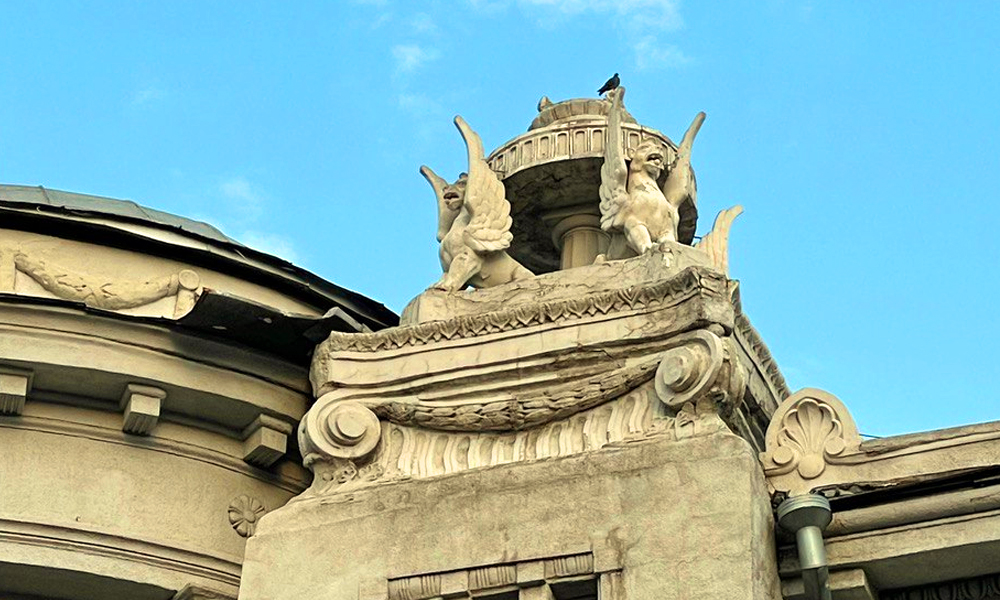 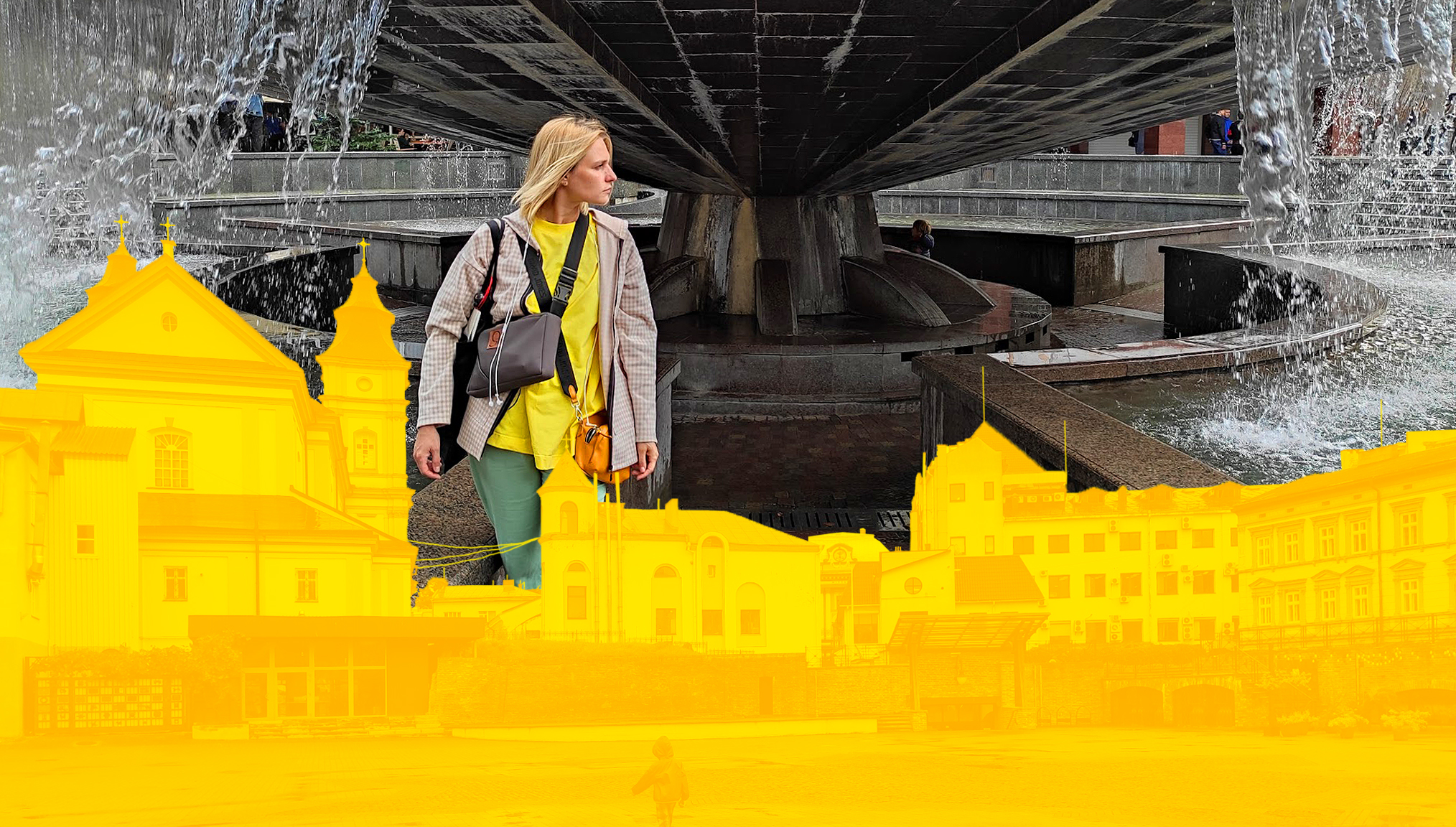 №5. A street where memories are kept 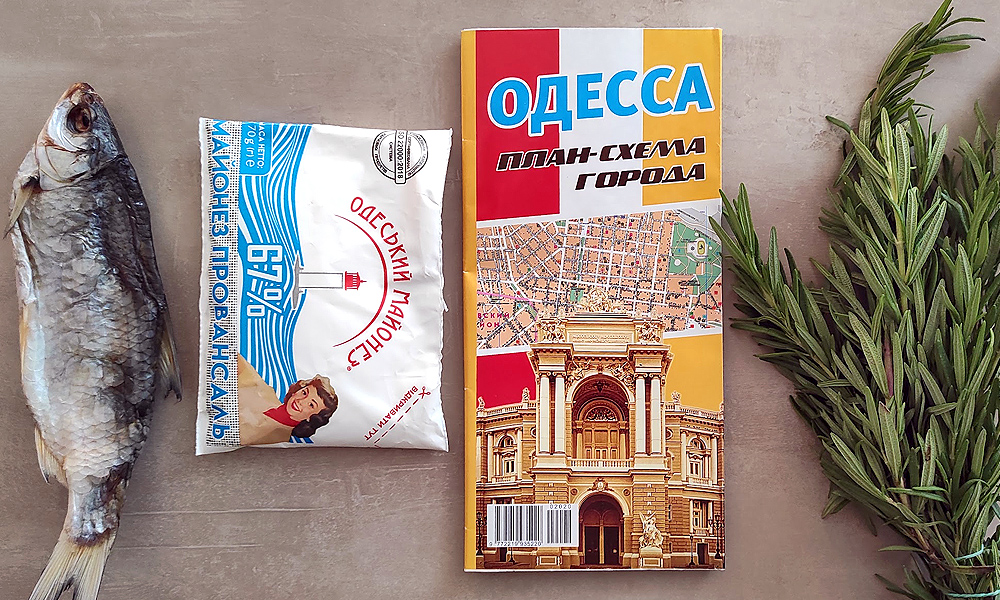 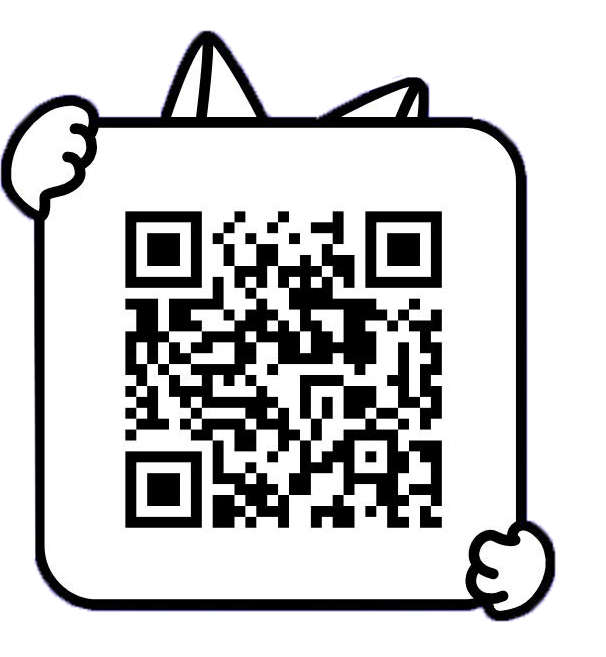 We thank you for your contribution to the common cause.

We'll use 50% of the proceeds for expeditions to new cities, and 50% will be collected for public urban initiatives in the post-war development of the country.